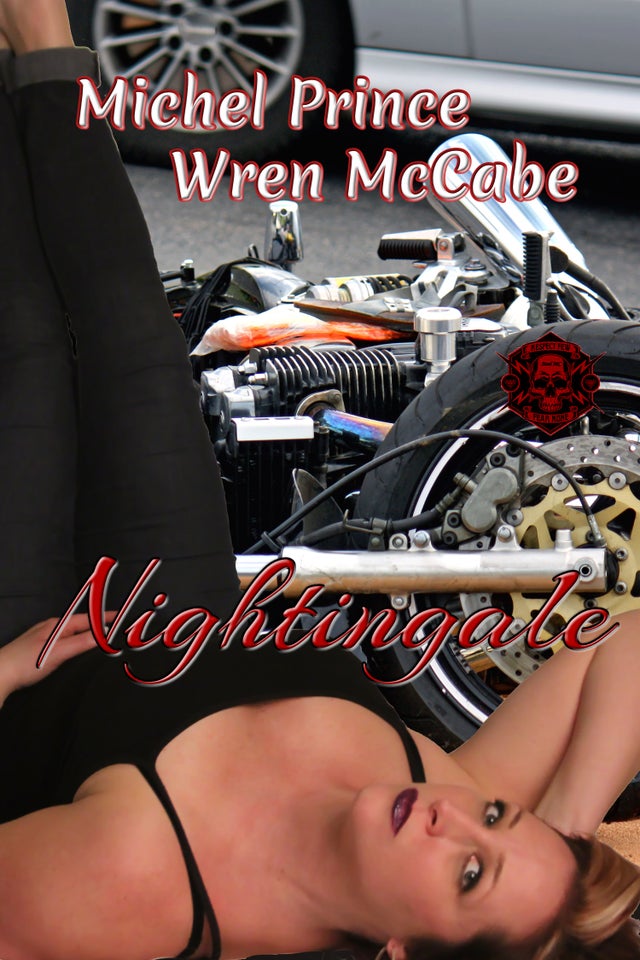 In book nine of the Steel MC Montana Charter: A few years from a divorce Amber Ferguson, a single mother of two, was juggling at the level she could handle when a motorcycle accident blocked the highway and sent dozens to the hospital. Rushing to use the skills she had from years as an emergency room nurse, she helps stabilize the injured as they waited for transport. Amber, used to healing then sending people on their way, finds the Steel MC and more importantly, a bearded man named Mountain. They were now welcoming her into their world. But when their world threatens her family she will need to decide if the security they provide is enough to let the love she feels grow.

Standing out was never an issue for Björn ‘Mountain’ Jensen. Class photos, sports teams, even in his own family he was tallest, broadest and epitomized his Viking heritage. With the Steel MC Montana Charter, his size wasn’t the reason the man stood out. While the largest man by far, his past set him apart from the group. A handful of former Roadkillers had tried to patch over, but after a year, only Mountain remained. Prospect for life, as he tried to gain the trust of his former enemies, to prove his loyalty and worth. When tragedy strikes during a ride, Mountain steps in and his efforts do not go unnoticed. For Mountain, a woman willing to help captures more than his attention. Sending him into a personal skid where his only true salvation will come from the trust and love of his Nightingale.