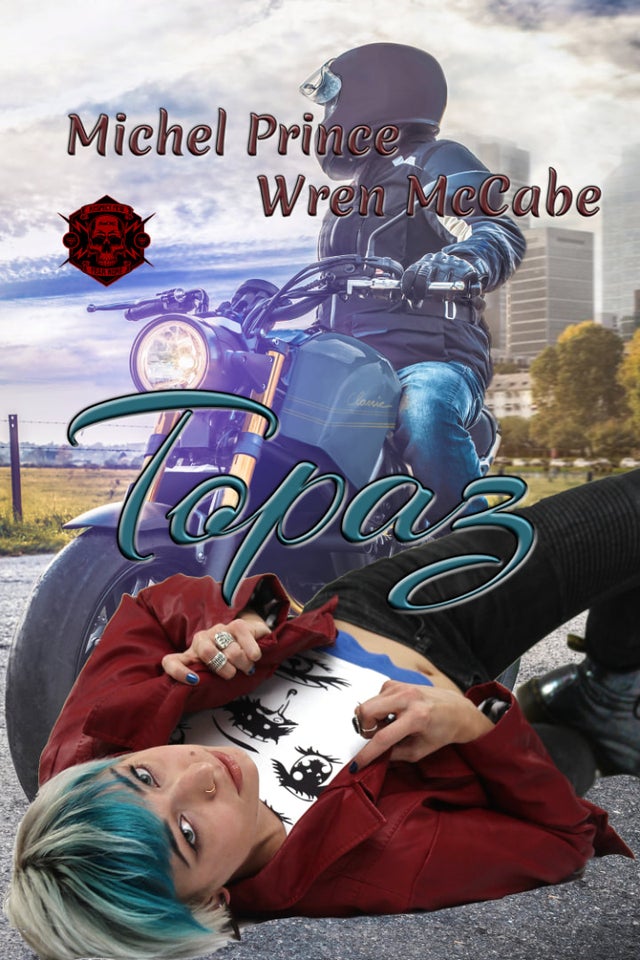 In book eight of the Steel MC Montana Charter: Sarah ‘Topaz’ Cardell had been with the Steels in Montana from the start, moving up from the New Mexico Charter with other Hoez to be there for the men. Her place in the club, allowed her to shelter her damaged heart. For nearly a decade, her past had stayed in the past until a man so similar to the one she’d lost, shows up in Turnabout Creek. Will she allow herself to find out who Onyx really is? And if she does will she be ready to meet the man he is?

Enforcer, Dallas ‘Onyx’ King took a chance leaving Los Angeles and moving with one of his best friends to Turnabout Creek, Montana. An amputee from an injury when he was on patrol with the LAPD, his choices were limited. He knew when he arrived he would be the only chip in the cookie and found himself pleasantly surprised to not be. The men, women, and children of the Steel MC welcomed him with open arms and no judgment even when it came to his limited mobility. That is, all but one.

When a private argument between Topaz and Onyx turns into a kidnap and torture by a group set on taking over the country, the past will be revealed and true emotions emerge. Can Topaz and Onyx put any hard feelings aside and save themselves from their abductors? And will the true desires bubbling under the surface change both their worlds?