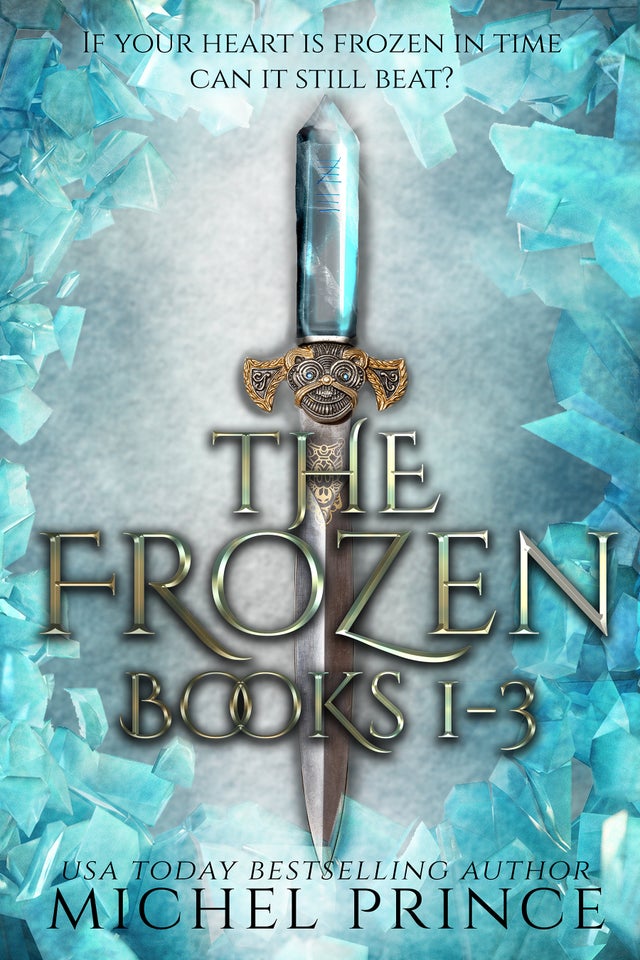 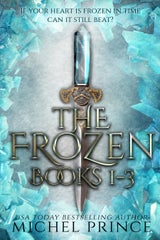 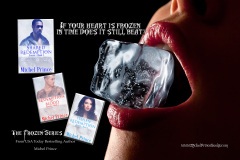 The first three in the is paranormal romance series in one big book.

Former slave Nye ended his life in 1859 after losing his love. The angel Gabriel has offered Nye a chance at redemption by hunting demons as a member of the Frozen. With less than seven years left until his salvation, Nye is staying on the straight and narrow – until a woman gets caught in the crossfire during a demon hunt.

After receiving devastating news, Kiriana Kladshon moves across the country, only to get caught up in the world of The Frozen. Nye and Kiriana are pulled into an attraction neither can control. Will it be their ultimate demise or their greatest salvation?

Damarion, is leading a group of female demons on a mission. During his punishment on Earth, Damarion learns of dangers within his coven trying to stop him from returning to his love, still trapped in Hell and A love he was so sure was true...

Trisha O’Driscoll started tending bar to give her a free schedule and quick cash. She never thought the young solider that wandered in with a fake ID would want a woman almost twenty-years-older. Although they drew the line at commitment, Trisha can’t help falling for this mysterious stranger and his dark past.

James Schmitt took his life to escape his pain. The offer from the angel Gabriel of working toward salvation gave him a chance to take responsibility for his actions, but his inner demons won’t stop tormenting him. Gabriel gave but one order—protect Kiriana, James’ partner, at any cost. And he’ll be damned if he lets anyone down ever again.

Princess LaDressa, daughter of Lucifer, has come to Earth for revenge on the woman who slew her beloved Damarion. Kiriana holds his ashes, and with them, his only chance for resurrection. One way or another, LaDressa will be reunited with her love.

Esther, Vincent, and Pivane thought they knew what side they were on. When Esther became Frozen, she thought she'd spend the rest of her afterlife searching for salvation. She never thought she'd find it in the arms of a small town detective.

Vincent thought a small town would be just the place to bury his past. Mount Pleasant, Iowa is a sweet town on paper, the kind of town a guy could forget his feelings and live to serve and protect. He didn't count on meeting Esther and having the gates of his hearts forced open again.

With all his rivals captured or injured, Pivane is poised to finally become leader of his demon clan and make all his dreams come true. However, even his black heart can be touched by love. A love he’d have to throw away everything for.