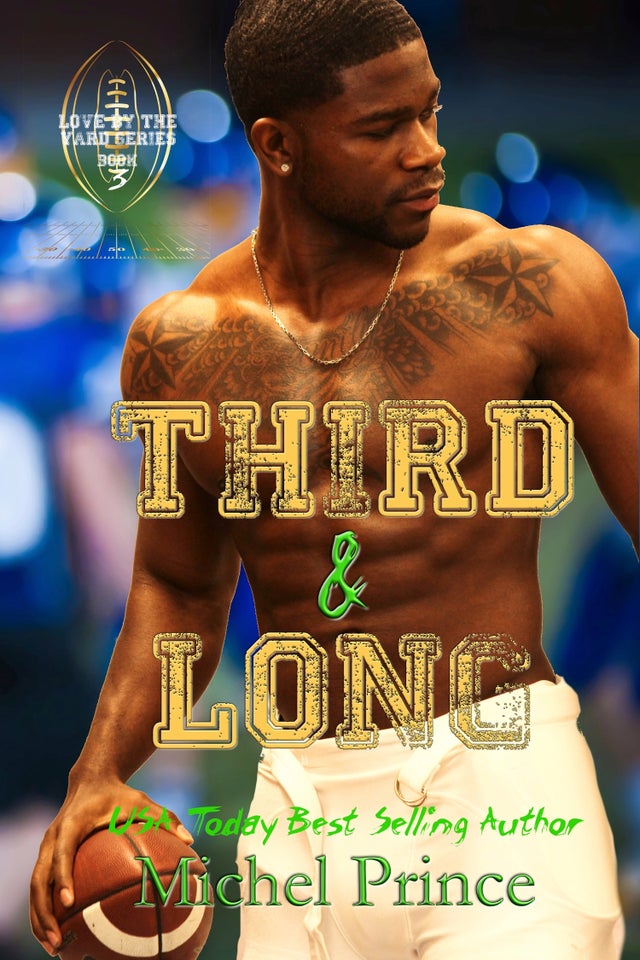 Third and Long: Book Three of the Love by the Yard Series

In book three of Love by the Yard: Ten years ago, Coach Xavier Jackson was poised to complete a lifelong journey. When he wasn’t picked up after the seventh round of the draft was over, he was left to wonder if his dreams of playing professional football were finally over. Instead, with a chance as a free agent he made good on his, but the lure of off-field activities led the tight end to make the worst decision of his life.

Chelsea Monroe was engaged to the best football player their little college had ever seen. She’d become part of his family, tasked with keeping his baby sister, Leeda, safe when he had to go away. But a visit between training put an end to everything, leaving her shattered and unwilling to give herself to anyone ever again.

Though a decade of focus on her career made her a sought after litigator, it kept her from making any personal connections. Chelsea decides to take a trip to Jamaica before her fresh start in Chicago, but instead of it being a break, it turns into a second chance.

Leeda Jackson has plans for her brother and the woman that should have been her sister.