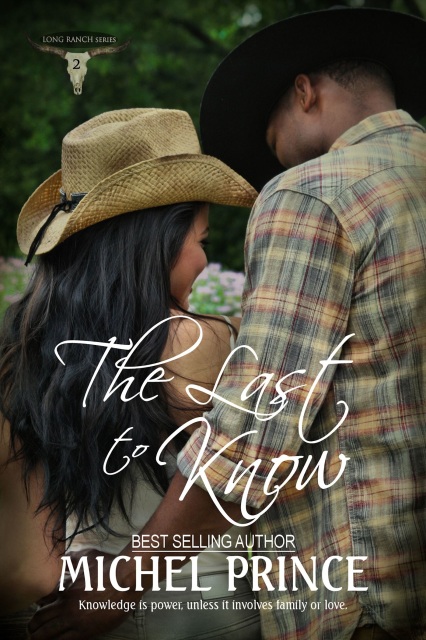 The Last to Know-Book 2 in the Long Ranch Series

Savannah Georgio stopped wondering about who her father was before she turned eight. Her mother made it clear she would never tell. So, why worry about someone who would never be there? Only someone did know about her and soon, she was on her way to Tender Root, New Mexico to inherit land from a man she never knew.

Clayton Long was raised with the belief he would one day not only work, but own the Long Ranch. As he got older, he saw he wasn’t the heir, but the spare to the ranch as his older brothers and cousins blocked him from major decisions. When the Winston Bastard showed up in town, his brother taps him for a special project to save the ranch. Only Clayton gets distracted because when he looks at

Savannah, he sees a future with the girl trying to discover who she is.

As secrets get revealed and family members question the validity of Savannah’s claim, she can only count on one man from the neighboring ranch, but is he too, keeping a secret that will have her running from her new family?