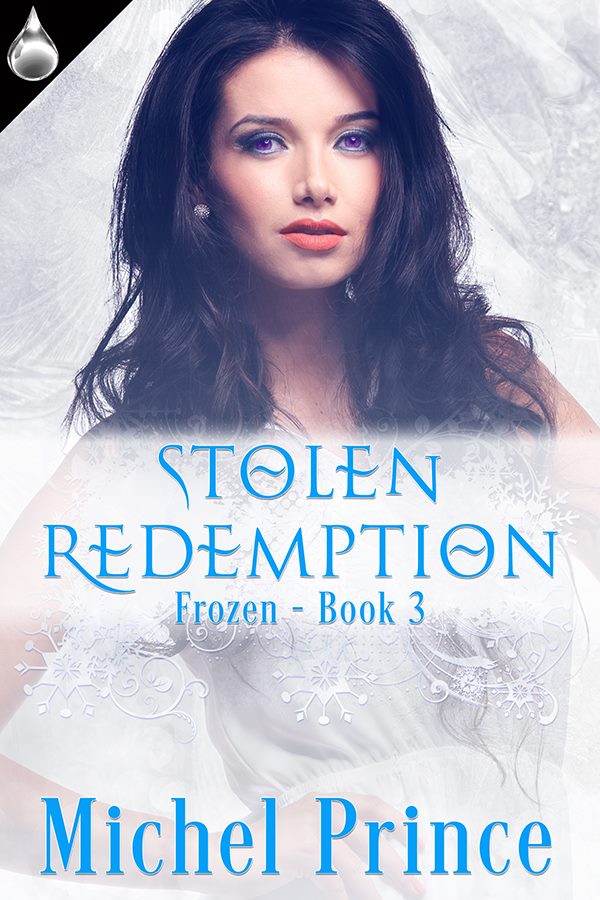 Stolen Redemption-Book 3 of the Frozen Series

Stolen Redemption from paranormal romance author Michel Prince, book 3 in her Frozen series is a paranormal romantic suspense that will keep you on the edge of your seat. Angels, devils, and demons abound in this thrilling suspense about love and salvation.

Esther, Vincent, and Pivane thought they knew what side they were on.

When Esther Benson became Frozen, she thought she'd spend the rest of her afterlife searching for salvation. She never thought she'd find it in the arms of a small town detective.

Detective Vincent DeTello thought a small town would be just the place to bury his past. Mount Pleasant, Iowa, is a sweet town on paper, the kind of town where a guy could forget his feelings and live to serve and protect. He didn't count on meeting Esther and having the gates of his heart forced open again.

With all his rivals captured or injured, Pivane is poised to finally become leader of his demon clan and make all his dreams come true. However, even his black heart can be touched by love. A love he'd have to throw away everything for.