Book Trailers can be Found at the Bottom of the Page​

The Muted Swan- An F'd Up Fairy Tales

By the Light of a Blizzard-Snowy Knights Anthology

Festivals of Love-Anthology from the Midwest Fiction Writers

Kiss from a Rose

With an all-consuming focus Matthias Jessup has sacrificed his body in pursuit of greatness. But while he’s enjoyed the spoils of being an elite athlete, the physical punishment can only be held at bay for so long. He knows his time is running out and he will have to face his future soon.

Sylvia Kinder is obsessed with Matthias' public image. But now that her fantasy has walked into her life, could it possibly lead to a happy ending? She worries if there's any place for her in his world, much less his heart.

Drawn to each other on a chance meeting, Matthias must look off the court and discover the real world, while Sylvia will have to find the strength of self to not become lost in a world she doesn’t understand.  But those who aren’t ready for a life after the game surround Matthias and are willing to do anything to keep him on the court. 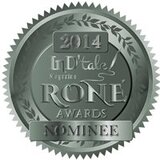 Love in the Land of Lakes-Anthology of Midwest Fiction Writers

Mix of 17 writers from Minnesota sharing Love stories on the lakes.

Her Stranger, by Michel Prince

Rachel went to her cabin on Fawn Lake, it was the place she and her husband could be a couple away from responsibilities.  Now as she fixes up the cabin to sell following her husband's death, a stranger keeps showing up at dusk.  Refusing to give his name she still allows him in every night only to find herself alone each morning.  His calming nature helps her heal, but will he become Her Stranger?


All proceeds to go to The Midwest Fiction Writers 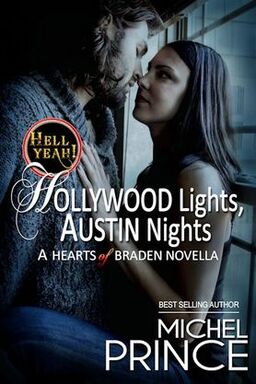 ​​​Soren Birch wrote a movie deserving of the best Hollywood has to offer, but as a first time screenwriter, he’s stuck on a shoestring budget. Vision Star has offered him a deal and set him up in Austin, Texas. Now the actor turned writer will be donning a few hats, including director, as his passion piece comes to life.

In Hollywood, Alicia Winters’ star is rising, but she is slowly learning quantity over quality after being kicked off her latest set. She then finds her way to her sister’s bakery in Braden, Iowa. A few days of rest and little tough love has her ready to take a chance on a small budget film in Austin.

A dream actress and a company willing to take a chance on him, Soren is beginning to think he might actually make a name for himself beyond being a sex symbol. Can his luck finally be changing or will his attraction to Alicia derail his dream before it even starts?

​Love in Every Shade