Two Ink Minimum- Book One of the Permanent Hangover Series

​All Finn Gardner wanted was a breath of fresh air when he stepped into the alley behind the Permanent Hangover Bar and Tattoo Parlor. At first sight, he’d thought it was just another homeless person to shoo away from the building. Instead, he found someone who needed help—his help.
Having been given a second chance himself, Finn believes in paying it forward. The Hangover has taken more than one lost soul in over the years.
Bailey Parson needed to get away. She left her life in Chicago behind and escaped to St. Paul, but she never once thought far enough ahead to what her next step would be when she arrived there. To her, what she was running from, was much more to worry about than some half-baked plan. After a month stuck on the streets, a new need arises as the temperature started to drop—survival.
Given a chance by a stranger, Bailey works to find her way. Not only winning over customers and the staff with her smart wit and empathy, she wins over the standoffish tattoo artist.
Keeping their relationship forward focused, Finn hoped to avoid both of their baggage. However, when Bailey’s past threatens to destroy everything they built together, Finn’s left with decisions to make. Does he give up the beautiful curvy woman, the only one whose touch calms him? How much of his dark past would he need to unlock to save her? A past with the potential to destroy what they have together.
More importantly, can the lovers turn the scars of the past into a design strong enough to see them through any challenge? Or will the permanent ink leave them with open wounds and no chance of healing?

Ink All Night -Book Two of the Permanent Hangover Series 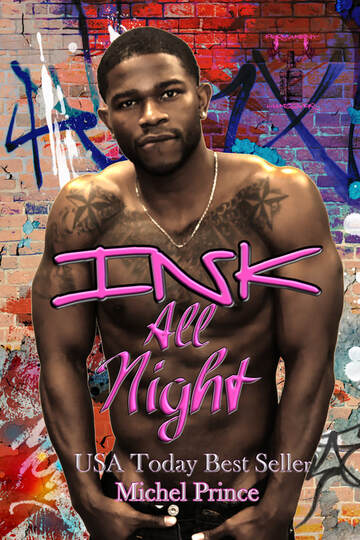 In book two of Permanent Hangover: Cain Washington would gladly pay a million dollars to have a shrew as nice as the one Shakespeare had to deal with. Because frankly, the one living next to him makes the Bard's seem like a Sunday school teacher. As the chief fixer at the Permanent Hangover Tattoo Parlor and Bar, he's cursed with the ability to see the beauty in everyone. Though his harpy of a neighbor tests and teases that ability on a daily basis, Cain's never been one to let a challenge stop him. Especially with the flashes of the beautiful soul he can see beneath the surface that is keeping him mesmerized.
Bianca Jessel came to Minnesota for advancement and, more importantly, to escape the fact of who she is. Born 'blessed' with light skin, she found in the land of ten thousand lakes that she's seen as everything, but a woman of color. Determined to keep it that way and assure a future blessing for her own children, she chooses her men based on a list of criteria. Sadly, the one person she wants the most has one glaring disqualifier. Too bad he lives next door.
After years of conditioning, and with the lies rapidly catching up to her, can Bianca push past the voice of her grandmother admonishing every aspect of who she is?
Can Cain show that her beauty is not only inside her, but in the skin she tries to deny? Or will the decades of self-hate bring a halt to an everlasting love before it has a chance to start? And could the lies turn into a dangerous situation instead of one girl's misguided musings of one's worth? 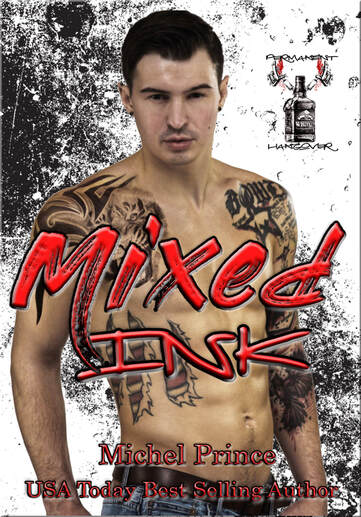 In book three of Permanent Hangover: Puck Larson has spent years honing his craft. Splitting his time between four cities and becoming one of the world’s best tattoo artists creating optical illusions on skin. For years he’s used every excuse to live as a nomad; money, opportunity and being told to go by the only woman he’d ever loved, Delilah. But when a pandemic shuts down the world he’ll be challenged to show Delilah he’s no longer the guy she’s given up on.

When Delilah Washington named her baby Patience it was a reminder of what she would need to deal with Puck. A pair of teenagers in a secret high school romance have turned into turbulent adults. The hot and cold relationship has gone from one of excitement to draining. Reality of being a single mother, with a sometime father, and a chance with a new man has Delilah finally drawing lines in the sand when it comes to Puck. Only the world flipped the script and a mix of fear and uncertainty has the nurse reaching out to an unlikely ally.

Has proximity and happenstance given way to a second chance at love in the face of a new man? Or has the lockdown brought on a confrontation a decade in the making as the past rears its ugly head to destroy a final chance at forever?