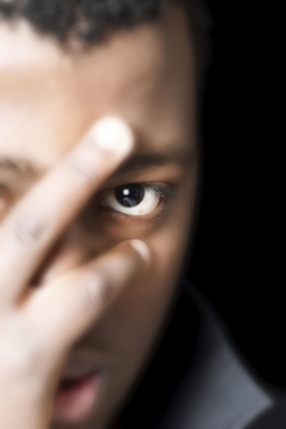 Free image courtesy of FreeDigitalPhotos.net
My name is Nye at one time it was Big George but I gave that name up long ago.  I was born on a plantation outside of Pascagoula, Mississippi in either 1834 or 1835.  Being a slave my birth date was never important.  I'm now looked at as one hundred and seventy two years old or twenty three.  It never really mattered anyway.

Currently I am part of the Frozen a group of demon hunters located all around the world.  Becoming part of the Frozen isn't hard.  Take your own life and then make the choice to serve a sentence to avoid Hell.  Okay so maybe it is hard.  You fail in your attempt and you are sent to Hell directly.  The one part of the deal made to make us be motivated to try.

So I serve.  Moving from town to town as Hellsmouths open and close with a group of Frozen only a few that are determined like me to stay alive long enough to complete their sentence.

A few days ago my greatest fear was not completing my years of service now my greatest fear is Kiriana having pain.  I couldn't leave her on the road when Dilana's arrow pierced her leg.  I knew she would die and something about her eyes.  Those brown velvet cattail like eyes encircled by her light blond lashes wouldn't let me.

Now my greatest desire is to have her in my arms.  To make her my other.  Not that it would be fair.  For her to sacrifice her life and mine.  To make it so I would have to hunt demons for eternity or till they run out.

What could drive me to tears?  Only her now.  Her with another man, her in pain, her rejecting me.  Her crying.  I'd do anything to stop that.

Murder?  Yes I'd murder for her.  Although I've killed thousands of demons over the years I would consider murder of a human for her.

I may be frozen in time, but my heart still beats.