​Book Trailers can be Found at the Bottom of the Page

First and Ten: Book One of the Love by the Yard Series 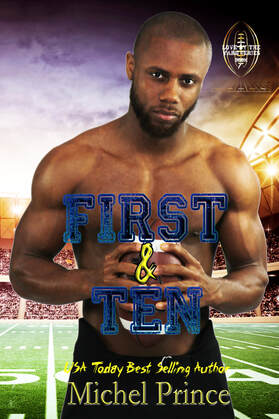 In Chicago they say Speed Kills, or at least they have for the last seven years since the handsome running back Jerome Speed lead the Chicago Grizzlies to divisional and conference championships.

Those who know Danika Albright’s parentage assume she needs for nothing. As the daughter of a self made billionaire she shouldn’t, but her father never wanted his children to be spoiled and demanded they make their own way with little to no help from him. Using the skills she learned growing up with the privileged class she’s working her way through school as a stylist when Jerome crosses her path.

​With paternity suits hitting double digits the last thing either of them wanted was to let their desires outweigh their previous attempts at relationships. Especially when one of those suits has decided she wants more than money, she wants Jerome back.

Can Danika and Jerome look past what they know to discover what really happens when you fall in love with a person that wants you and not your name?

Second and Short Book Two of the Long Ranch Series 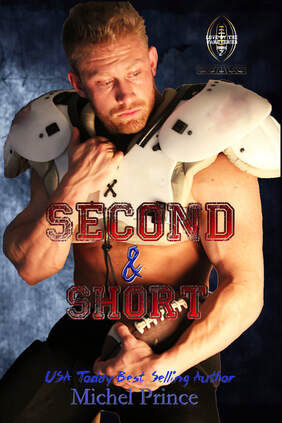 Offensive linemen are the silent protectors of the game. Always there, but never seen by the fans. Whether by accident or circumstance Dalton Gresham has been known as the Blood Thirsty Bear of the Gridiron since his rookie year. With fans wearing number seventy-seven with fake blood dripped on it can this giant in football shake his monster status.

Having hidden away at Lost Lake, Wisconsin the last thing Willeen Fire needed was publicity. The tall, voluptuous woman has a beauty she hides behind flannel shirts and engine grease while staying off the grid.

​When Dalton first meets Willeen the last thing he thought was she was a woman in need of protection, but as he falls for her the natural instinct to protect is screaming in his ears. Can he stop being the monster he’s been labeled and become the man who will finally save Willeen from the man hunting her? 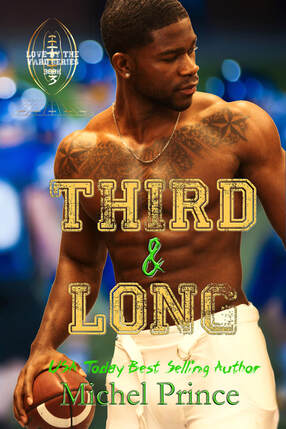 ​Ten years ago, Coach Xavier Jackson was poised to complete a lifelong journey. Getting drafted in the fifth round meant his dreams of playing professional football were finally achieved. But the lure of off field activities led the tight end to make the worst decision of his life.

Ten years ago, Chelsea Monroe was engaged to the best football player their little college had ever seen. She’d become part of his family, tasked with keeping his baby sister, Leeda safe when he had to go away. But a visit between training ended everything, leaving her shattered and unwilling to give herself to anyone ever again.

A trip to Jamaica was Chelsea’s break before her fresh start in Chicago. A decade of focus on her career made her a sought after litigator, but it kept her from making any connections. Now, what should have been a break is turning into a second chance. Leeda Jackson has plans for her brother and the woman that should have been her sister.

Has a decade of hurt hardened Chelsea too much? Or can Coach Jackson teach her to go for it, on third and long?

Fourth and Goal : Book Four in the Love by the Yard Series 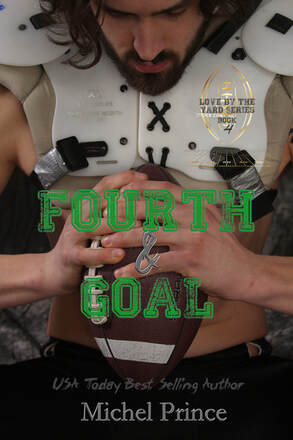 In book four of Love by the Yard: Beaumont Guthry's time as a professional in the sport of football has been anything, but successful. Now, he prepares to step out of the shadow as a backup, into the spotlight.
The Chicago Grizzlies may be desperate for a quarterback, but Beau’s style might get him benched before the first pass is in the air. For Beau, it will be the first time his father’s influence can’t help to smooth over any missteps he makes.
Esme Carmichael thirst for knowledge is what kept her in college for the last eight years. When her parents draw a line in the sand, forcing her to pick a degree and graduate, Esme realizes the future petrifies her. Instead of the four walls and security of a classroom she will have to find something to occupy her days and nights.
Meeting Beau seemed to be the perfect distraction. What she didn’t count on was his past derailing their chance for a relationship—a relationship, she nor he signed up for. It was supposed to be a simple deal—sex—no strings, no complications.

Encroachment- Book Five of the Love by the yard Series