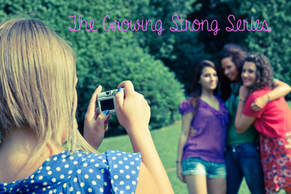 Find Book Trailers at the Bottom of the Page

The Guardian's Heart-Book 1 in The Growing Strong Series 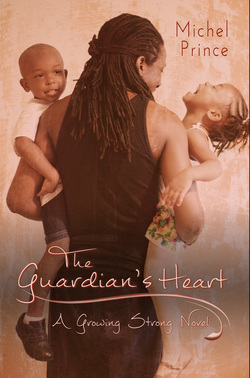 Case Thomas is always in control whether its on the basketball court, the lab where he works, or in his love life. He thinks he has everything all figured out. All that changes when his parents pass away during his last year of college and Case is thrown into fatherhood when he becomes temporary guardian to two adorable twin toddlers. Weeks later, exhausted and running out of time, Case must decide if he's ready to become a father to these children, or give them up and move on with what's left of his life. Then he meets Gabbie Vaulst.

Gabbie is amazing with the kids, owns her own business, and has all the right curves in all the right places. She can tell Case is attracted to her, but does he really love her or is he just settling for a surrogate Mom who can wrangle his new kids? Knowing that she's falling in love with him, she chooses to push him away until his world straightens out. Can Case prove to Gabbie, and himself, that his feelings are real? Or is this sudden family too much for both of them to handle?


The odds, as well as members of their past who've come out of the woodwork, are against them, but when kids are involved, all bets are off. 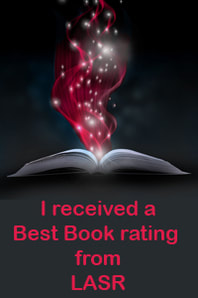 The Queen's Heart-Book 2 in The Growing Strong Series

At the tender age of seventeen, Mary Beth discovered the family she thought would see her through anything couldn’t accept her one mistake.  Thank goodness for her best friends that stepped up to support her decision to keep her child. Seven years later together with her friends she’s created a successful business on the verge of a large expansion.

But the desire to be accepted by her family continues to be a failure that taints all her accomplishments and has her making concessions she never thought she would.

Elias Marquez was content with his life. He definitely wasn’t looking for the vibrant redhead down the hall from him. After a chance encounter he can’t escape the need to be in her company again. He wants to explore the possibilities and the undeniable spark her touch inspires.

Torn between trying to right the past and accepting that she can only control her own life is Mary Beth truly ready for the love Elias is prepared to offer as a future?

The Politician's Heart-Book 3 in the Growing Strong Series 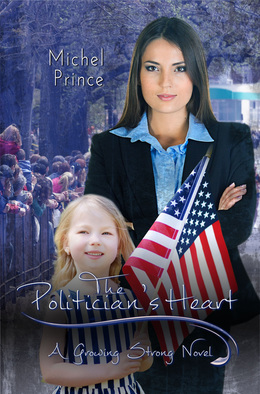 Karen Schroeder made the choice to be a politician. Her local success has caught the eyes of her party and she’s suddenly thrust into the national stage. She knows how to play the game and exactly who she needs to be, even if it’s not who she really is.

Sarah Lindstrom has never questioned her feelings, even when they made her believe her girlfriend would say yes to her proposal instead of breaking up with her. When she sees Karen Schroeder campaigning the rush of attraction is undeniable. Sarah knows she’s been wrong before, but her feelings for Karen overwhelm any apprehension for this woman who’s trapped in the closet.

As the relationship grows Sarah learns love can be the painful when the one you love can only be herself with the door is closed. More importantly her love of Karen could cost her everything she’s worked for. Can love bloom when hidden in the dark?

The Teacher's Heart-Book 4 of the Growing Strong Series 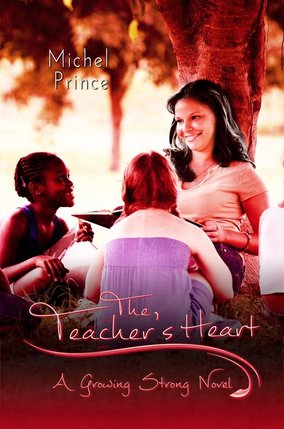 There's no way Mandy Butler would ever let herself get attached to anyone. Sure, sex is fun, but love is for suckers. Her parents taught her that. She has her friends, a job she loves, and lots of fun flings. Everything she thinks she wants.


Ashton Gilmore is at a crossroads when he meets Mandy. She's every thing he's ever wanted in a real relationship, but she might have too much baggage for even this hot political fixer handle.


For the past few years the women of Growing Strong Montessori have been discovering loves they’d never thought possible. Sans one, Mandy, who has spent the last few years taking one hit after another and can’t see Ashton Gilmore as anything more than a bump in the road.


Ashton has to find a way to teach Mandy that love exists, before she gives up on the concept all together.