In the annals of dysfunctional families, the Chisholm’s are working their way to the top. Drug abuse, an unwed mother with multiple fathers, and the questionable cash flow for the 'pretty one'.   All this from a seemingly normal, two parent middle class family. But were the choices truly made of their free will?

Bad choices are a Chisholm family trait, one that confounds the youngest child, Ellie, who's trying to separate herself by making smart decisions. And falling for Oscar Jeffreys, the hottest guy at school, would be number one on the list of  Chisholm family disasters.  Yet the crazy part is it’s not a one sided attraction.  Somehow Ellie has caught Oscar Jeffreys’ eye.   Sure she could see the barriers between them.  Race, age, popularity.  They were at opposite ends of the spectrum.  But a demon set to destroy her family? She can't see that.

Oscar provides security and acceptance Ellie never imagined she deserved.  As the passion of first love grows, Ellie honestly believes she has a chance to beat the odds and live a happy, normal life. Then her world collapses around her. With the help of a guardian angel, Ellie learns of a world that has unknowingly surrounded her for years.  And she'll have to find strength buried deep inside to save not only her future, but flush out and stop the demon in her midst.

Ellie will have to learn that sometimes the hardest lesson about growing up is accepting that you're worth more. 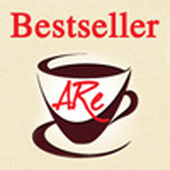 The Beam-book two of the Chrysalis series 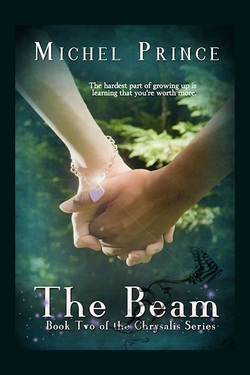 Book 2 in the Chrysalis Series

There comes a time in everyone’s life when they must put aside their childish ways. In the past year, Ellie Chisholm has fallen into the security of her relationship with Oscar Jeffreys, emerging with a stronger sense of herself.  BUt now Ellie's mother has started inserting herself into Ellie’s life, treating her as if she were a child even though Ellie has begun to make very adult decisions for her future.  Having finally consummated her relationship with Oscar, Ellie learns the powers inside of her stretch further than vaporizing demons.

Maria, the demon bent on revenge, has been reigned in by God but that doesn’t stop her from disrupting and threatening those around Ellie and Oscar.  Ellie becomes off balance as Maria switches strategy and attempts to destroy Ellie from the outside.  Now the gauntlet has been thrown down.  Ellie must help her family achieve positive change and finally break the tie between her mother and Gaap or risk losing everyone she loves.

Not Even Death-Book Three in the Chrysalis Series 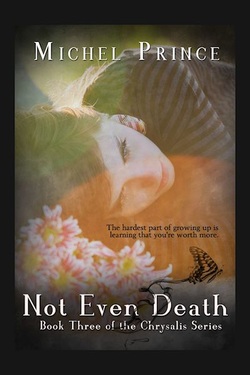 Book 3 in the Chrysalis Series

In one tragic moment Ellie Jeffreys’ perfect life ended and the devastation of losing the only man she believed she could ever love and their beautiful child, causes the hopeless resignation that life shall never again be worth living.

Bound by a decree from On High, the demons who tormented Ellie for years have had to leave the Jeffreys alone, but they grow restless, sensing Ellie's despair and vulnerability. They lust for her. And they’re extremely resourceful.

Dr. Luke Page’s inability to save Ellie’s husband and son has him hoping to recover her crumbling mind and show her love does still exist in the world.  Dr. Page feels immense pressure to be her security blanket in the concrete world, but thoroughly healing her presents a challenge that raises questions about his ability as both a physician and a human being.

Ellie’s depression now leaves her susceptible to the vengeful demons.  In the past the sheer strength of Oscar's love and devotion fortified a barrier around Ellie, shielding her from the effects of the world's iniquities. Will Luke’s love be enough to rise to the challenge of protecting her?  Or will Oscar’s become like a phoenix letting not even mortality stand its way?


Unto Us-Book 4 of the Chrysalis Series 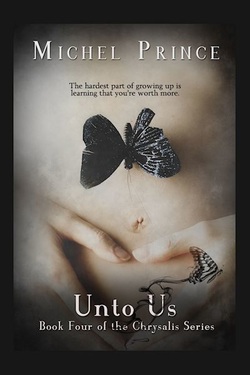 “No one ever said carrying demon spawn would be easy…”

Ellie Jeffreys is unsure of when or where she woke up, but one thing is certain she is not alone.

Having been violently ripped from her life, the return will be anything but smooth.  Led back to the house and family she loves Ellie soon learns an interloper will tie her the enemy forever.

Now unsure if the nightmare of Luke Page will consume her and finally allow Gaap to destroy the family she’s created she discovers the only way forward is to move on from the past and accept her place in an ancient prophecy.

Chrysalis has an official song

When I'm With You by Sierra is the official song for Chrysalis.  Please click on Sierra's name to hear the whole song and like her on Facebook.  Video by Ashley Nguyen Photography.